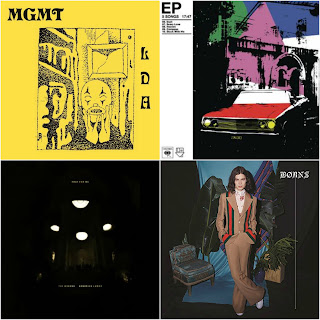 Hey everyone!  So as I was sitting down to write this blog post on Valentine's Day, a day that usually doesn't have much meaning to me at all, I had a thought.  Why not take opportunity of the day of love to tell you what music I have been loving so far that has come out in this past month and a half since 2018 began?

While I am still waiting on new music from quite a long list of my favorite artists (cough cough Twenty One Pilots, Florence + the Machine, etc.), why not appreciate what HAS been released so far?  I have one EP, 1 album, and 8 songs to share with you so far.  I have also created a youtube playlist  linked below so you can listen to the songs while reading this review.  Without further ado, let's get into the favorites.

Listen to the songs here. 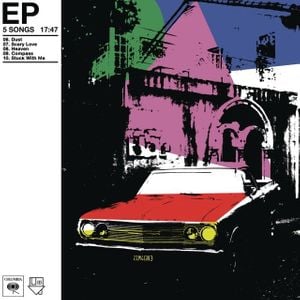 
To Imagine by the Neighbourhood (EP): Being a longtime fan of the Neighbourhood, since the release of their first album, this follow-up EP to its 2017 first part, Hard, brought a new and colorful style to their usual moody and atmospheric music.  Side note for people who don't know much about this band: they up until this EP have always had black and white album covers and music videos.  As you can see, this album introduced some color.  While that dark mood that I have always loved from this band was still present, there were a lot more synth and 80s style beats that reminded me a lot of the Stranger Things soundtrack, which I absolutely LOVED!  I know that some hardcore fans of this band have been criticizing the EP because they feel they have become too "poppy".  Personally, I really enjoy the way they changed up their style a bit and with the upbeat tracks they have been able to do a lot of really neat things with the vocals, instrumentals, and beats that really put you into a specific atmosphere that they want to take you.

I enjoyed all five of the songs, and because of that reason, it was really really hard for me to narrow down just a couple of tracks.  My favorites were definitely the middle three: Scary Love (the leading single of the EP), Heaven, and Compass.  If you would like a further review on this EP or other music by the Neighbourhood, please let me know, because I wanted to keep this brief and to the point but I do have a lot of things to say about this work.  Either way, definitely check out this band and EP if you haven't already, especially if you are into indie rock/pop and moody, atmospheric music. :) 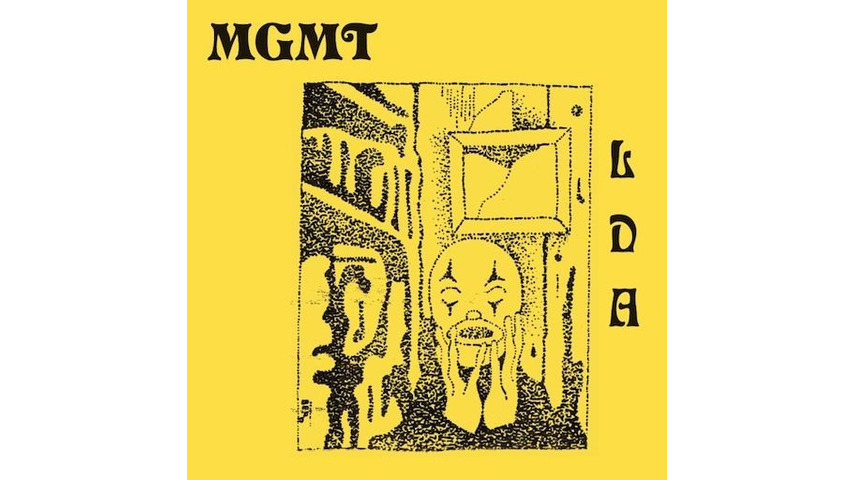 Little Dark Age by MGMT (Album): All I can honestly say to this new album is WOW.  I'm really really impressed.  I myself prior to listening to the album had only heard a couple of the really well-known songs by this band, but I can tell you now that I am so glad I decided to listen to this whole album.  The first song I heard from the album was its lead single, the title track of the album, Little Dark Age, and I absolutely loved all of the instrumentals and background beats, as well as the eerie dark age that the song seems to take you into.  That song came out in 2017, so it's not on the list, but it remains one of my favorites from the album.

What I love about this album is the way it is so creative and unique and stays true to an indie style, but at the same time has catchy hooks and lyrics in a pop, rock, and electronic aspects depending on the song.  The album as a whole is quite fun, but the lyrics themselves are quite deep and meaningful, and I've been doing some research and studying the lyrics to try to understand them better. I talk about a couple of my favorites in my best songs list down below.  But overall, this album did not disappoint, and I now definitely want to go and listen to older albums of MGMT and check out more of their music, because I am really liking what I've heard so far.

1. Pray for Me (The Weeknd and Kendrick Lamar)-  This track appears on the soundtrack album for the upcoming "Black Panther" movie.  I personally enjoy a lot of the Weeknd's music, but am really not a fan of Kendrick Lamar.  However, I really loved the beat played throughout the song, and as a result, I could even tolerate Kendrick's rap part.  My favorite part of the song was definitely the Weeknd's first verse, and it really just introduced the song in a beautiful and cinematic way.  A very catchy and well-produced song, would definitely recommend listening.

2. Compass (The Neighbourhood)- Probably my favorite song off the To Imagine EP, this song has a very sweet message, and I absolutely love Jesse Rutheford's vocals in this!  Probably my favorite part of the song is in the bridge where he sings "Like a magnet/hard to imagine ever changing)  It just sounds so heavenly, and the instrumentals and just everything about this song are just done so right, it leaves me breathless every time I listen.

3. Heaven (The Neighbourhood)- Similar to Compass, this song really invokes a heavenly feel, but also in a dark and terrifying way (I'm probably explaining this horribly, but if you listen I'm sure you will get what I'm talking about).  This one especially gave me Stranger Things vibes, and I once again absolutely loved the production of it and the way it really makes you feel like you are floating into a place that is unworldly.

4. Growing Pains (COIN)- COIN is a band I only recently discovered from hearing their most well-known song, Talk Too Much, and I am really liking this single that was released this year.  Overall, I just find this song very upbeat and uplifting and one of those songs that you can just run to, or play in your car.  This band overall reminds me a lot of one of my favorite bands, Smallpools, and I look forward to listening to more from them soon.

5. God's Plan (Drake)- I think most people can agree that Drake is not necessarily the most exciting artist when it comes to vocals, and sometimes his songs are pretty monotone.  While this song isn't the best in the world, I still wanted to add it to this list mainly because of one particular lyric that is so blatantly honest yet ironic "She say, do you love me? I tell her only partly.  I only love my bed and my momma, I'm sorry."  When I first heard it, I burst out laughing.  Honestly, I listen to the whole song just to hear that part.  Lol.

6. She Works Out Too Much (MGMT)-This track if I had to describe it in two words: fun and cynical.  The beats remind me a lot of Wii Fit music in an intriguing way.  The song itself is really hilarious, and includes dialogues from the woman in the song who sings "the only reason it never worked out was he didn't work out enough."  However, a bigger picture is made clear in the song itself as it seems to reference how with the prevalence of technology and dating apps, and how hard it is for the narrator (being not as young as he used to be) to keep up with its superficial tendencies.

7. TSLAMP (MGMT)- Going off of what I said about the above song, this song stands for "Time Spent Looking at My Phone" and talks about something that has become very real and often times a problem in society today.  A lot of times people actually become less social and interactive with one another in real life, and as a result spend a great deal of time on their phones instead.  I myself really appreciate this song both lyrically and musically.  The catchy beat and chorus makes it very easy to follow, and at the same time it really made me realize how big of an issue this is and is a wake-up call that we should be living and enjoying the moment rather than ignoring it because we are too busy with our technology.

8. God Save Our Young Blood (BORNS ft. Lana Del Rey)- This song is a BORNS song, and you can't hear much of Lana in it, which is totally fine.  I do really like it though, It has a very retro feel to it with beats that I dig, and I think it's a great way to open the new BORNS album, which I do like what I've heard from so far, but haven't listened to it enough to form a solid opinion on yet.

So that's it for my post today, hope you guys liked it!  What are your favorites songs of 2018 so far?

Hi everyone, and welcome to my blog!  For my first blog post, I wanted to quickly introduce myself to you and share a little bit more about the content you can expect to find on it.

My name is Katie Moses, and I am 19 and super passionate about music.  I have enjoyed singing just for enjoyment my whole life, started playing violin when I was 10, and started teaching myself ukulele just this past summer.  I also enjoy writing my own songs and am working on some new music which I will definitely share with you once they are polished.  I always like to keep up to date with new music but also have a lot of oldies favorites I love to listen to.  I enjoy a wide range of genres, but have a special place in my heart for indie and alternative music.  However, if the song is catchy, or the music has a really good beat to it, the genre really doesn't matter, y'know?  If you'd like a better idea of what kind of music I like, you can check out my spotify profile and playlists here.

This is a music blog, and hence just about everything will be related to that.  I plan to post album and song reviews, music and songwriting tips, and just about anything music-related.  If you have any specific requests on what I should review, or any ideas on what I should post in general, please leave me a comment below.  Look forward to sharing more content with you all soon.  It would mean a lot to me if you followed or subscribed by email, and that way you can be up to date on all the newest content.

I also wanted to put the word out there that if you happen to be an artist or musician, I am always looking for new music to check out, so feel free to private message me a link and I will definitely listen, and potentially even review it or add it to one of my playlists on spotify.

Thanks so much for reading, and hope you have an awesome day!